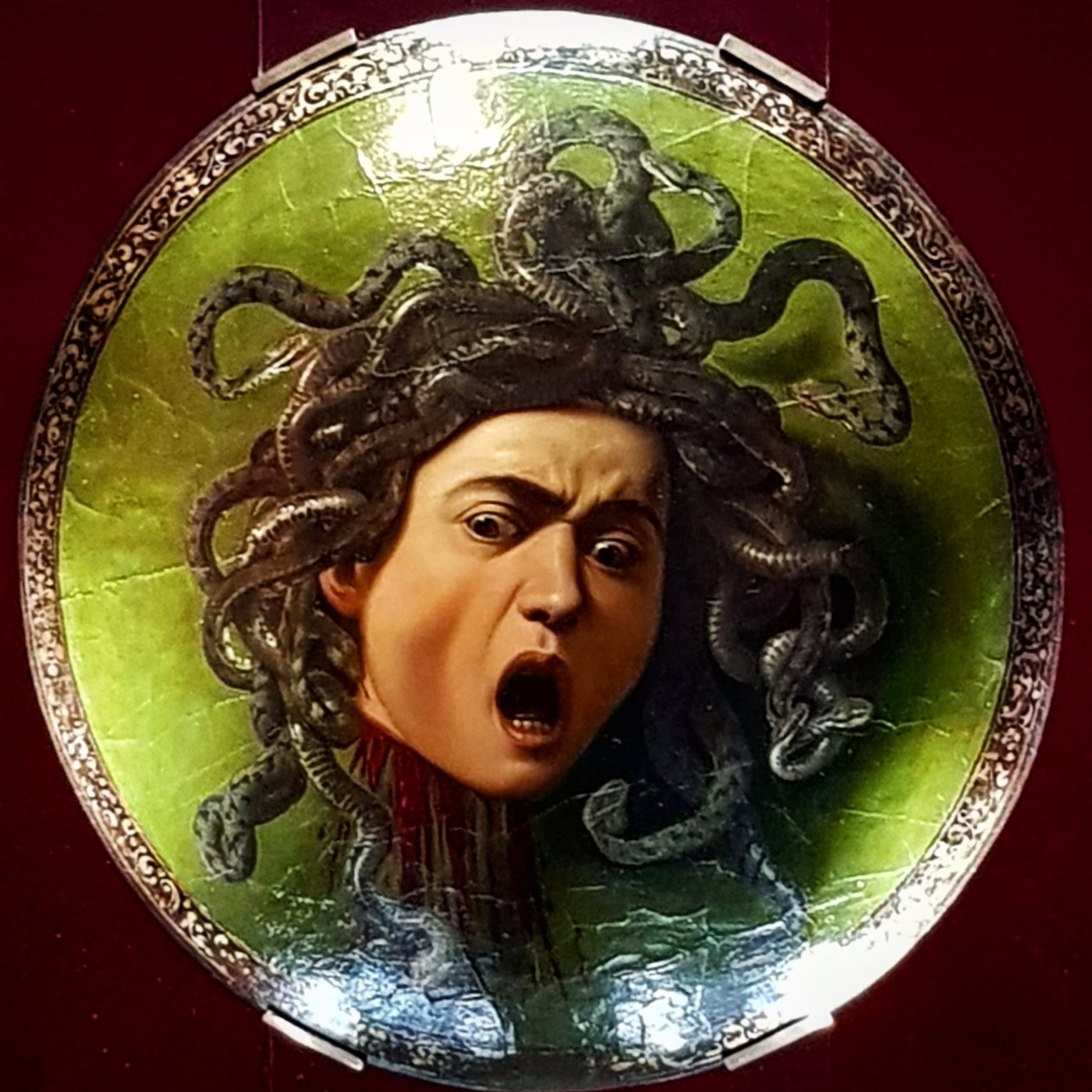 The reason some portraits don’t look true to life is some people make no effort to resemble their pictures.

Ispettore Donato drove up the Lungarno, headlights on, in the rain, and parked outside the Uffizi Gallery. Far ahead, beyond the courtyard, he saw the Piazza della Signoria and the Fountain of Neptune. Arnolfo’s clock tower rising hilt-like above the Palazzo Vecchio, Firenze herself looked to have been stabbed in the heart.

The night watchman had notified the questura, earlier that morning, of a suspected break-in. Unheard of, as not since the disappearance of Leonardo’s Mona Lisa, over a hundred years ago, had the words Uffizi and theft shared the same sentence.

Passing under the arches overlooking the Arno, Donato pulled his trench coat over his head, and ran to the entrance. Dante’s likeness, like a benevolent gargoyle, looked down from an alcove in one of the colonnade’s many columns. The gallery’s bow-tied director escorted him to the security office. The alarms had been disabled sometime during the night, the director explained, but CCTV cameras had captured a hooded intruder.

Donato watched the grainy, black-and-white footage, in which the would-be thief skulked from the sculpture hall to the paintings gallery. Unclear what he’d been searching for, until cameras caught him standing before a painted shield in a cubular glass case.

Donato had seen the shield before. Many times. It was Caravaggio’s Testa di Medusa. Guarded by a statue of Minerva, the extraordinary painting stirred the imagination. He didn’t blame tourists for snapping pictures. The details of Medusa’s face were so lifelike, her expression so unnerving, that she had not the look of a painting, but, rather, of a reflection — an image burned onto the shield — hissing snakes and all.

The figure in the footage stared and stared at the Gorgon’s face, seemingly frozen, before he tore backwards and fled the room. Other cameras captured him running back through the gallery, until, at last, he disappeared completely. No trace of him after that. No reason he shouldn’t have left the way he’d come. A broken window, most likely. Perhaps he’d found a way in through the Vasari corridor over the Ponte Vecchio. Maybe he was Mafia. It wouldn’t have been the first time a mafioso had attacked the gallery.

Donato asked for a copy of the tape. No need to inform Interpol yet as nothing had been stolen. The director invited Donato to browse the gallery free of guests, and he relished the privilege. Walking the visitor’s route, he explored each room, admiring works by Botticelli, Titian, and Piero della Francesca, while he looked for clues. Renaissance sculpture fascinated him most. How could Bernini’s Ratto di Proserpina make solid marble appear soft like flesh? How could such life shine in the eyes of Michelangelo’s David?

Struck by the sculpture of some hooded, kneeling figure, Donato peered closer. There was something too modern about it. Out of place among busts of Cicero and Julius Caesar. Hands raised to heaven in supplication, like something out of a Vietnam War film. The face remained unfinished, but for the bridge of its nose, two frightful, teardrop eyes, and the subtle outline of a mouth. Donato only appreciated art as a spectator, and not as a critic, but there was something in the eyes and the unfinished face that made him shudder. It looked like the subject had been wearing a ski mask.